Preston International School celebrated the 50th Anniversary of Nigeria’s Independence in grand style. We came first at the March Past competition, presented the Hallelujah Chorus and enjoyed numerous activities back at school! 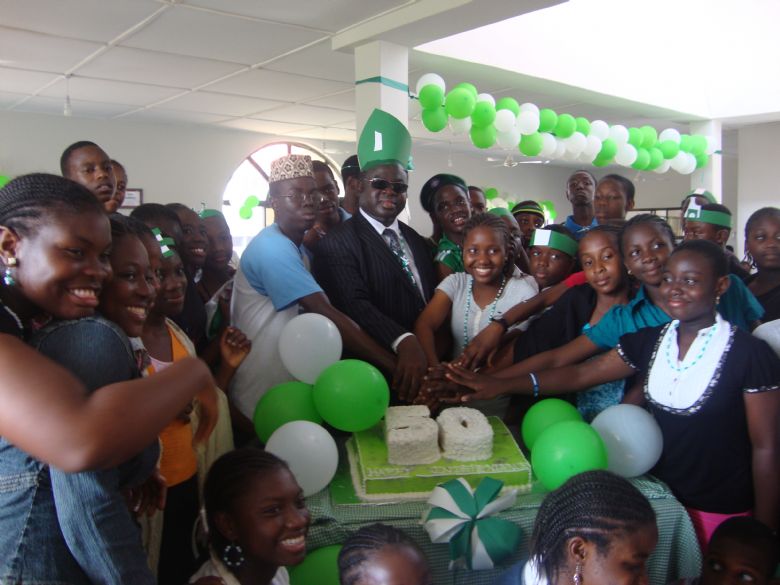 Preston International School celebrated the 50th Anniversary of Nigeria’s Independence in grand style. In school, pupils and staff enjoyed a parade embellished with colourful music by the school’s brass and marching band. Out of school, we joined other school’s at the Akure-North Local Government Headquarters at Iju-Itaogbolu where we participated in the March Past competition and the school choir rendered the Hallelujah Chorus under the directorship of the proprietor which was later aired on the television. Preston came first in the secondary category of the March Past competition. Hooray!

Back at school, the beautifully decorated 50th anniversary cake made by the Catering Department was cut after prayers and songs were rendered in praise and appreciation to Almighty God for helping us so far. In the evening, we had a debate and talk show on issues surrounding the development of Nigeria so far. A superb and memorable day indeed!

Click here or on the Photo to view more pics!