The fifth graduation ceremony of Preston International School, Akure took place on Friday 22nd July, 2016 in the school hall. It was a glorious morning with plenty of sunshine and lots of smiles as parents, family members, well-wishers and members of the entire school community came together to bid our final year students God-speed. 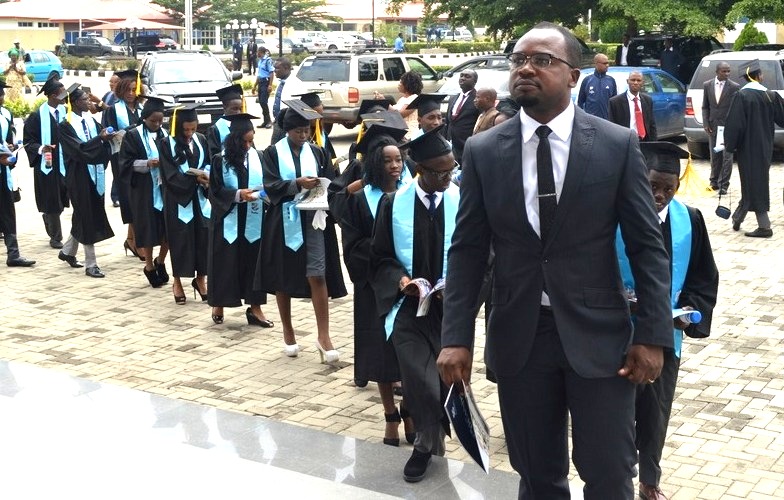 This cohort was admitted into the

school on Saturday, the 11th of September, 2010 and six sessions after, they have all grown into young ladies and gentlemen ready to proceed into universities at home and abroad.

Mr. Eric Denedo had the special privilege of leading the graduating students into the hall for the last time (He has led the procession now for the fifth time). We wish him well for the future as he joins his family abroad. All graduands looked really good in their graduation gowns and were applauded by their parents and well wishers, singing 'All Hail The Power of Jesus' Name'. 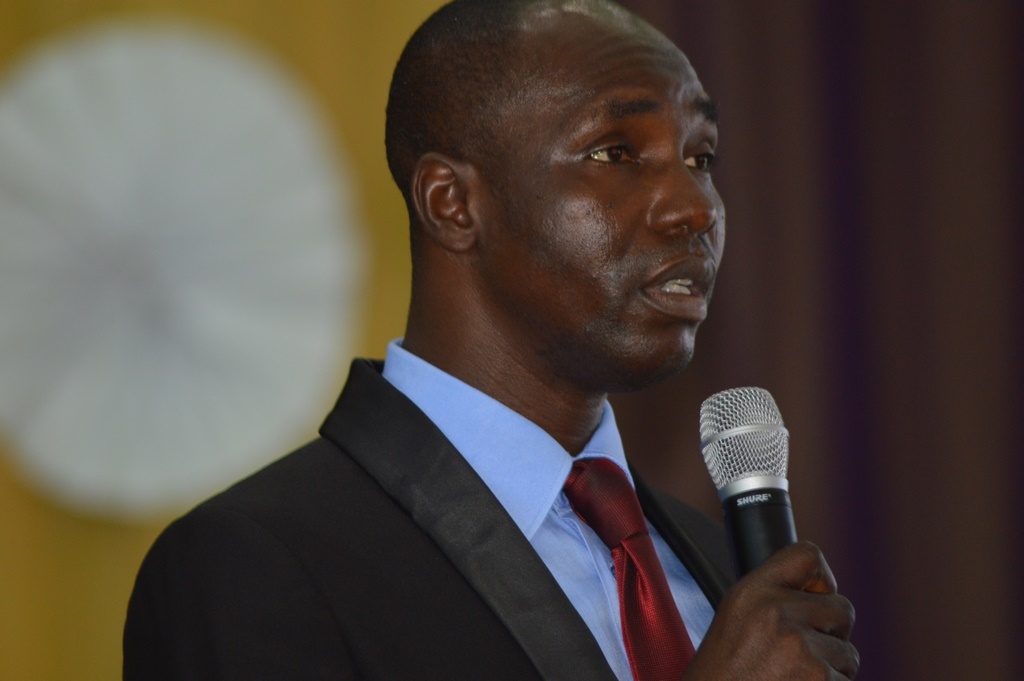 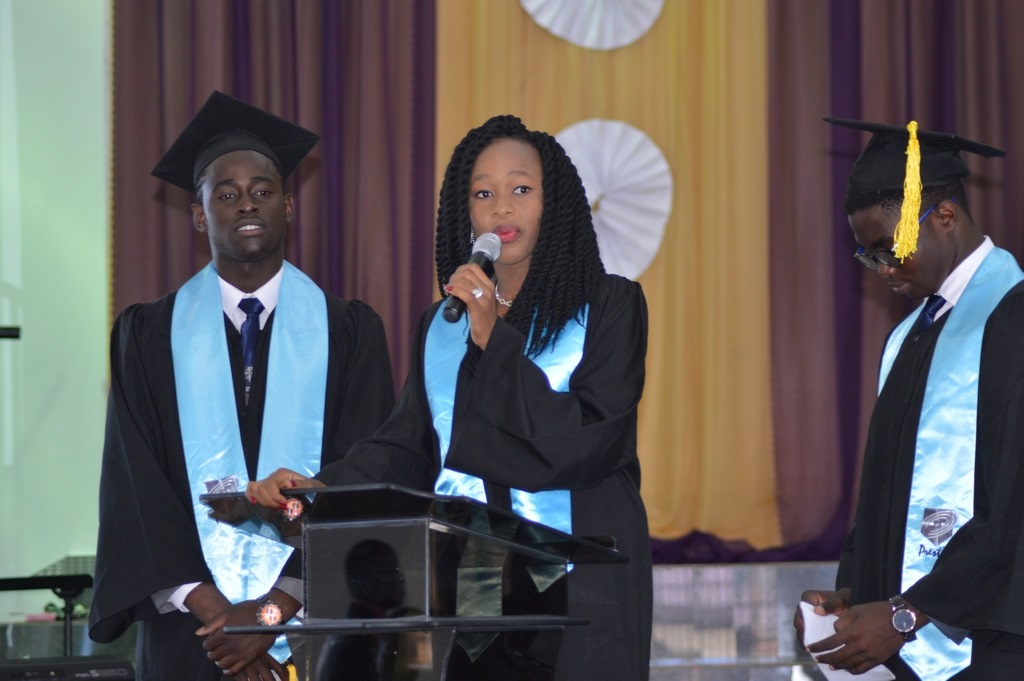 The school choir thrilled the audience to a hearty rendition of 'Magnify, Glorify' by G.F. Root. This was followed by another brilliant performance of 'Jesu Mi Seun' composed by Dotun Olayemi. Mr. Olugbenga Dada, the principal gave the opening speech followed by engaging and thrilling valedictorian speeches by outgoing President Oseaga Oseahon, Vice Presidents Damilola Sowunmi and Bella Obidike. 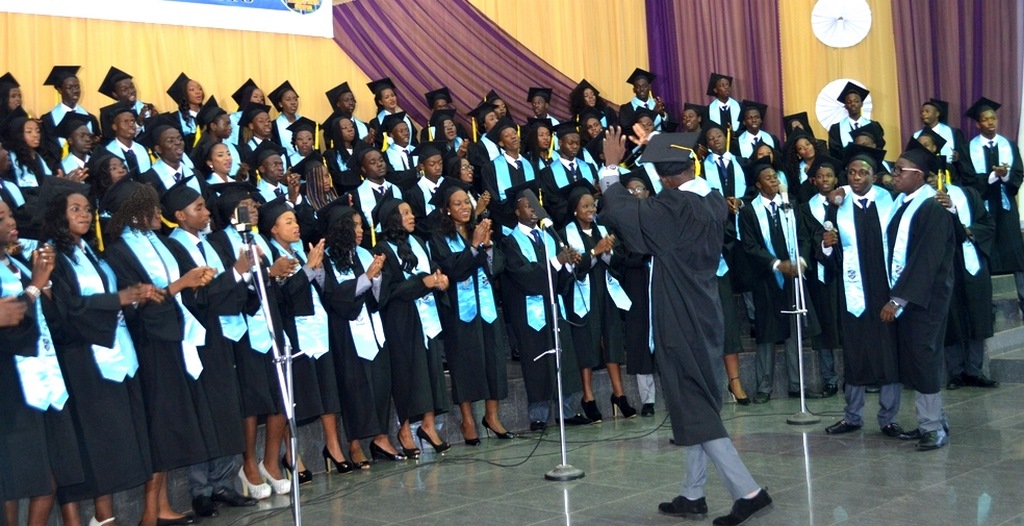 The programme was laden 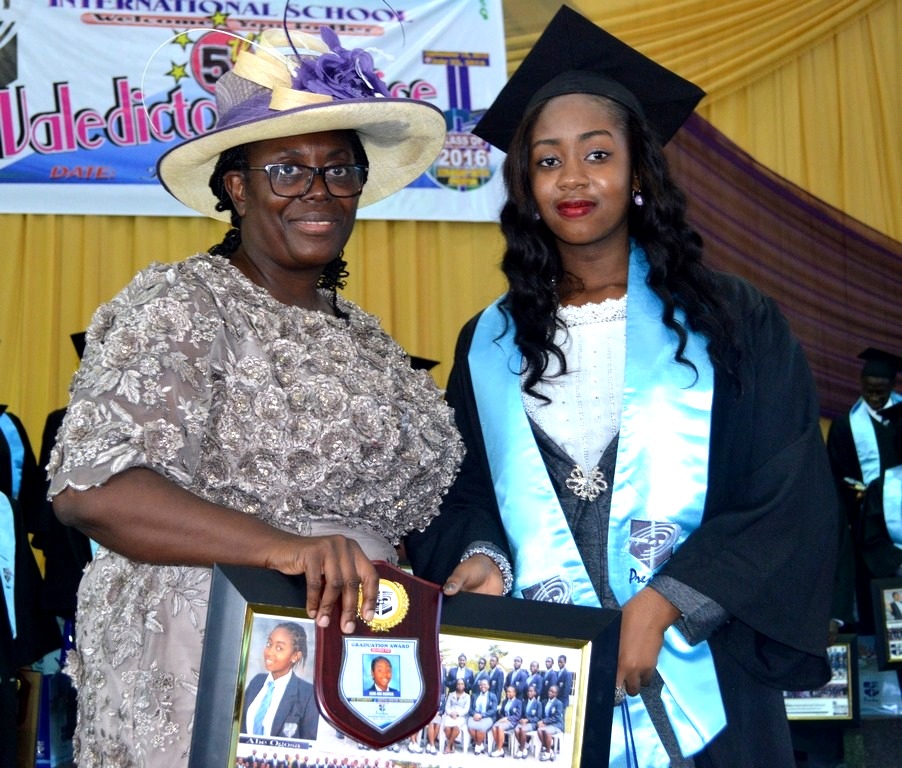 with so many thrills such as the rather comic but highly professional rendition of the brass and woodwind ensemble, the graduands celebratory song 'Oasis - A Great Big World' and presentation of awards and gifts to all graduands by the Proprietress Mrs. Funmi Ajayi. The best graduating student for the Class of 2016 was announced as Bella Obidike who will be proceeding immediately to the airport to catch her flight after the ceremony to continue her studies in the U.S.A., where she already has a scholarship. Bella proved her mettle as being a consistent, focused, intelligent and hardworking pupil over her years at Preston. We wish her all the best and we love her very much.

The proprietor's charge to this set was to KEEP IN LINE with the mission and vision of the school wherever they are and to continue to read the Word of God, meditate and pray daily in order to have good success. He officially welcomed them into the great Preston Alumni. There were also lots of special awards given to students such as the Adebanji Alade Prize for Art which was won by Mary Afuwape this year and she received a portrait made by Adebanji Alade himself sent down from the U.K., the Omolorun & Beatrice Modupe Essay Writing Competition Awards ($500) instituted by Dr. Akin Ojumu - a medical doctor in the U.S. and former classmate of the proprietor, presented by Mrs. Bamidele to winners Adeoluwa Adesanya SS2 and Chidera Okoro SS1. We thank our bankers for donations of laptops and such other gifts as rewards to our hardworking students.

Pastor Oseahon - father of the outgoing president - prayed for the graduating students in a highly prophetic and divinely inspired prayer session with resounding 'Amens' from the audience. No doubt, this set is blessed beyond measure. The closing prayer was said by another parent, Mrs. Omoyoloye, vote of thanks by Mr. Akinrinwa and then the recessional hymn was taken. 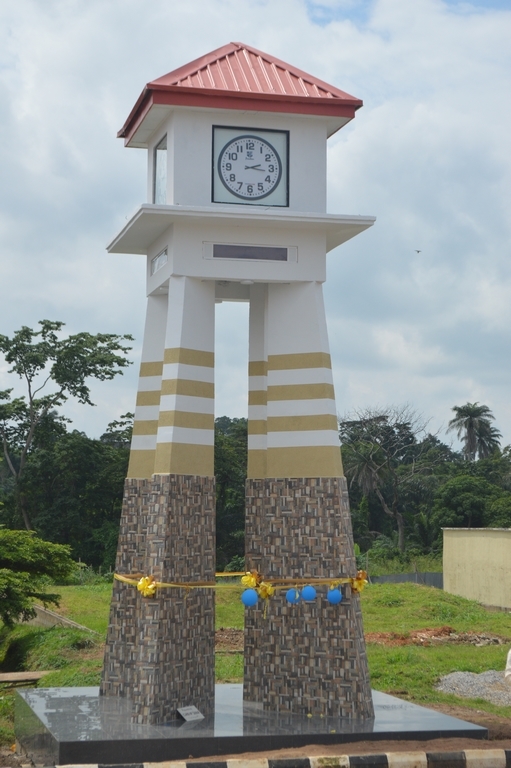 After the group photograph with the graduands where they tossed their mortarboards, we proceeded to the commissioning of the CLOCK TOWER - a project donated to the school by the graduating students. Rev. M. A. Ajayi (father of the proprietor and Patron, Preston International School) had the honour of cutting the ribbon to signal the commissioning of the project. Kudos to the head of year, Mr. Kehinde Olowo and his team of tutors, the students and all who worked hard to ensure a successful outcome. Check here for the Tower dedication photos. 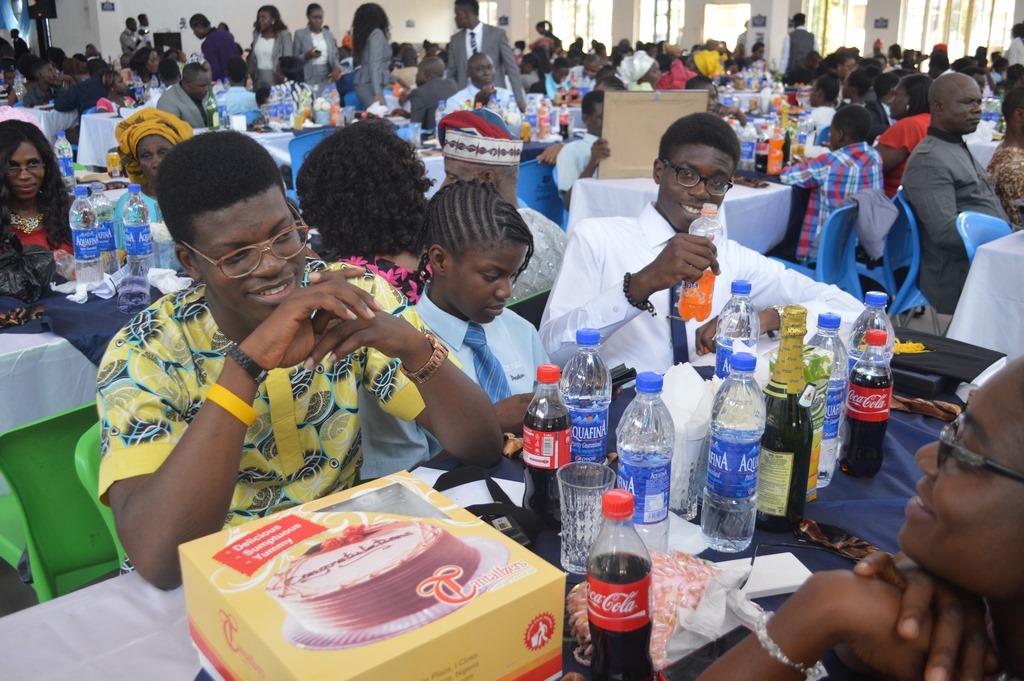 The graduating students then proceeded to the school ultra modern dinning for the reception, where a table each had been reserved for them and their well wishers . View the reception dinning photos here.

We wish the Class of 2016 all the best for the future.