Prestonians this year again embarked on the excursion to Togo between the 20th and 27th of July, 2013 with the objective of being exposed to the francophone world in order to enhance their communication skills in French as well as broaden their horizon about other cultures.  The excursion this year was very colourful and full of fun. 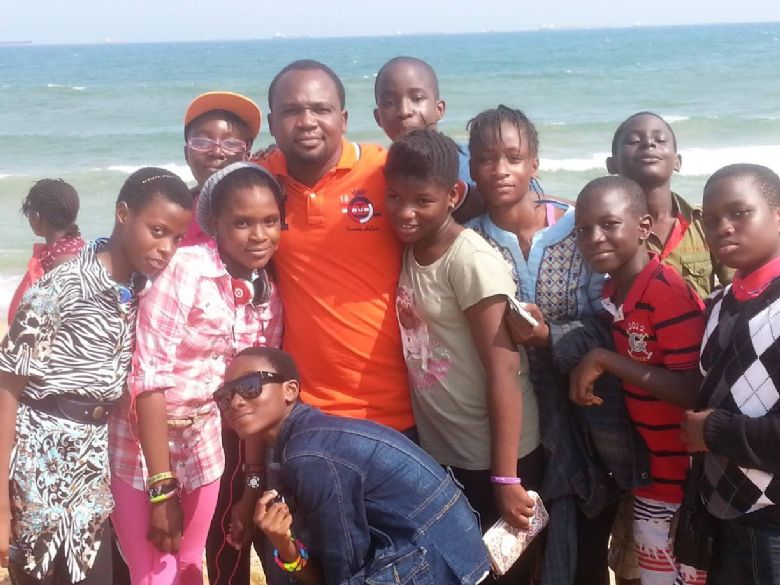 Prestonians this year again embarked on the excursion to Togo between the 20th and 27th of July, 2013 with the objective of being exposed to the francophone world in order to enhance their communication skills in French as well as broaden their horizon about other cultures.  The excursion this year was very colourful and full of fun.

We were all excited about the trip, both students and staff. We took off around past 9 in the morning, we passed through Benin Republic where students could know more about different cities like Porto Novo (the political capital), Cotonou (the economic capital) and Ouidah (the ancient city of Dahomey). The students’ comments about the people and these cities were amazing and mind blowing.  Some talked about the cleanliness of the environment, the discipline of the people, the presence of street lights everywhere and the strict respect of the highway code, etc. To us, these comments were encouraging and these life experiences would stay with our students for a long time and we are becoming surer that the future is bright and God is going to raise honest leaders from these young ones.  On the second day, we had our Sunday service which was led by Mr. Dada.  It was impactful and we were all richly blessed. After the service we had a sumptuous breakfast called "la baguette a l’omelette au café au lait avec la mayonnaise".   The students were given the breakdown of our activities for the trip and its essence. Later the students were allowed to rest and get acquainted with the hotel, which is one of the best in Togo. In the evening, we had a film show in which both French and English languages were used and this permitted our students to exercise their translation skills and also enrich their repertoire of words in French.

On the thirda day of the trip, Monday the 22nd of July, 2013, We went to the National Museum, the House of Parliament, the Independence Square and the Slave Trade House. At the museum our students learnt about the tradition and culture of the Togolese, the history of Togo before and after independence. It was eye opening. From there we went to the House of Parliament and the Independence Square. Later we headed to the Slave Trade House where  we saw in reality many things that some of our parents told us about slave trade. It was real, touching and moving.  The next day, we visited the University of Lome, the students saw many of the faculties such as Arts, Law,  Sciences and the Language Village. The next was the children's' park called Fil’O Park, a wonderful place where our students met with their francophone counterparts which was a good opportunity for them speak in French and make new friends from another country. It was fun. Later in the evening, the students were allowed to swim.  It was a fantastic day.  On our fifth day, we visited Kpalime, the historical city of Togo which was about three hours drive from Lome, where the highest mountain and the famous castle called Chateau Vial are located. Our students went to ‘’le centre artisanal’’ where they bought gifts for their loved ones. Prestonians were exposed to so many artistic works and arts. That day we just needed to quickly go back to the capital because of the House of Representatives election scheduled for the next day. From Kpalime we headed straight to the Chinese supermarket in Lome and then to the hotel.

On our sixth day, we all stayed indoors and had indoor games and got ready for Friday which was going to be our last day in Lome.  On Friday, we left for the big market called ‘’Le Grand Marche’’ where students bought gifts and presents for their parents and relatives. It was also an opportunity for them to fully apply the lessons taught them in class called ‘’comment faire des courses’’. Prestonians learnt how to bargain and haggle all in French! Later we went to the beach to relax from all the stress of the busy market of Lome.

Finally, the day of our departure came.  Before our take off, the manager of the hotel gave us a speech and Mr. Dada did also. The best male and female rooms were given awards and later we took pictures, prayed and took off.  We bless God for journey mercies and a colourful and successful excursion. To God be all the glory.  Click here to see more photos of the event.