This year’s inter-house sports competition was one with a difference as students, staff members, parents, invited guest as well as our online audience once again enjoyed this electrifying event filled with palpable excitement.

This annual event began with an opening prayer by Mr. Samson Olagookun, followed by the Anthems (National Anthem & School Anthem) accompanied by the School Band led by the Parade Commander – Gesiere Ebimami (our Year 9 Student)

The students’ display of uniformity spiced with 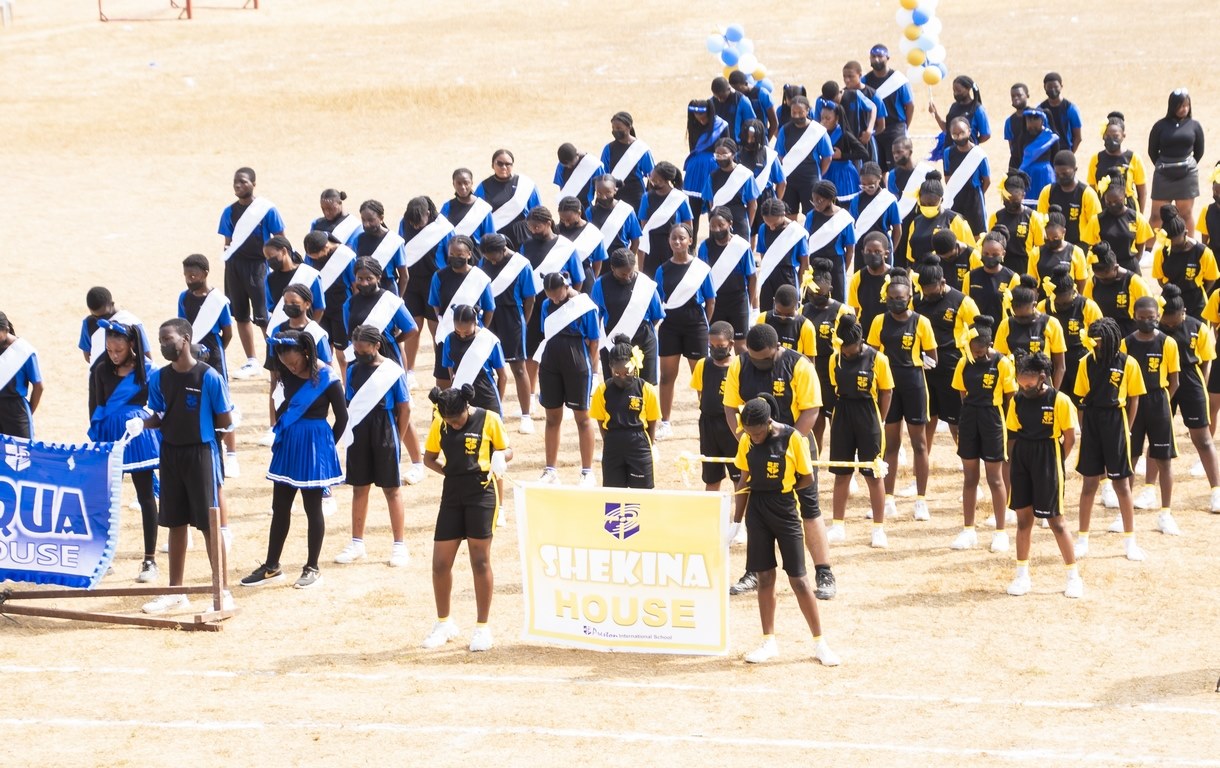 In his introductory speech, the Proprietor, Mr Toyin Ajayi who was in attendance with the Proprietress, Mrs Funmi Ajayi, took us down memory lane - how Terra House maintained their championship of the inter-house sports for seven years in a row (2006 - 2013) before Aqua House emerged champions in 2014. In 2015, it was Tornado House. In 2016, Aqua 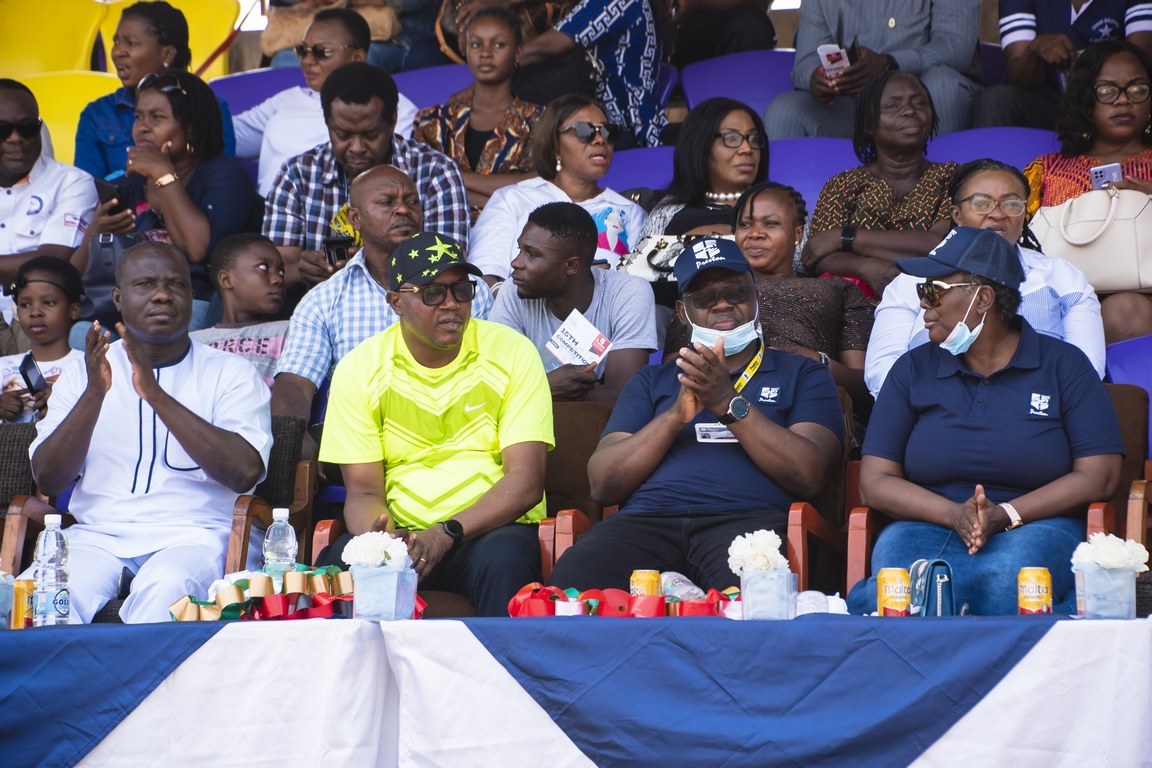 won again. In 2017, Tornado claimed back the title and also won again in 2018. Shekinah House won for the first time in 2019. In 2020, Tornado claimed the title back again! We were unable to have the inter-house sports in 2021 due to the Coronavirus pandemic but we are thankful to God for the opportunity to have it again in 2022.

Afterwards, the Chairman for the occasion – Hon. Justice Sunday Olorundahunsi encouraged everyone on the importance of sports as it helps to boost team spirit, build mentorship and leadership skills as well as all round fitness in the physical and moral dimensions before declaring the competition open.

The oaths were taken by the Vice President of Nigeria Association of Athletics Technical Officials (NAATO) Mr. Henry Ogunmakinju and the sport prefects – Evidence Obodo and Aderinola Adesina.

After the final events of the day which were the 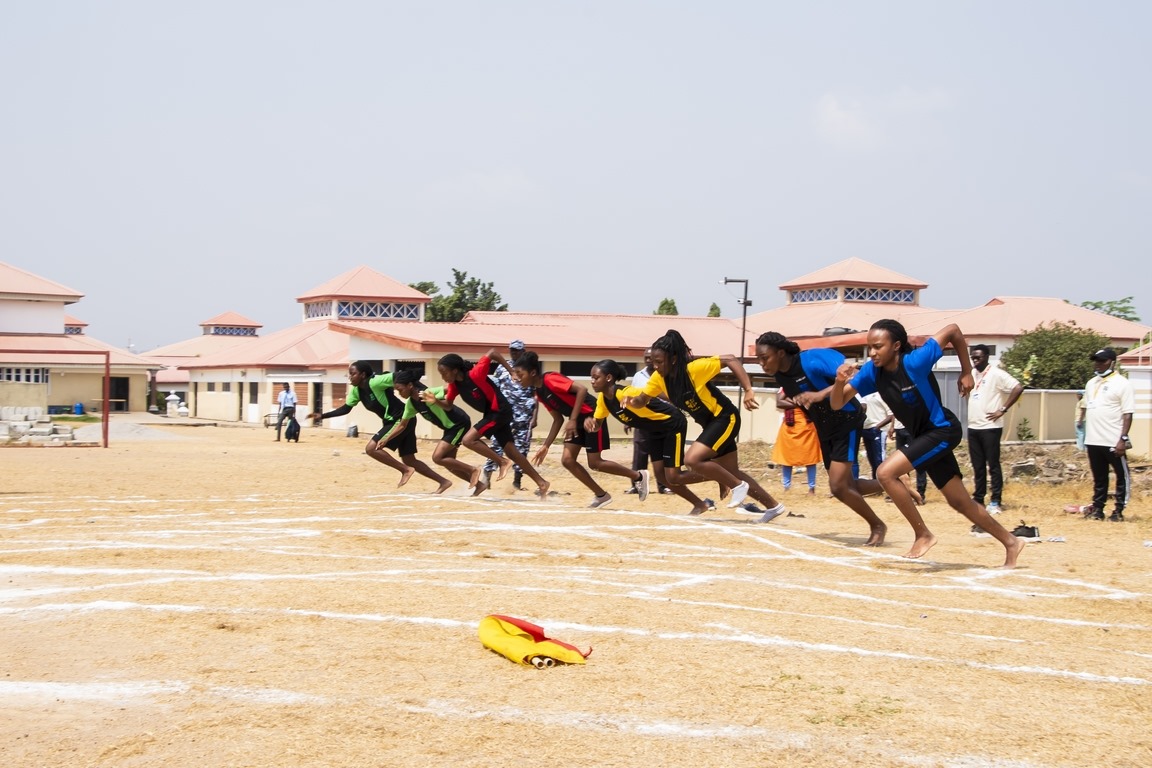 During this wait, medals were presented to the best male athlete (Evidence Obodo) and best female athlete (Emuejevoke Inuma) as well as invited schools, parents, staff members who participated in different races and had emerged 1st, 2nd or 3rd. After all medals and awards had been presented, the time for the announcement of the final result finally came.

Terra House members thus carried their goat (the yearly gift from the Directors to the winners of the competition) for their 'asun' party to be held upon resumption. Congratulations to them. 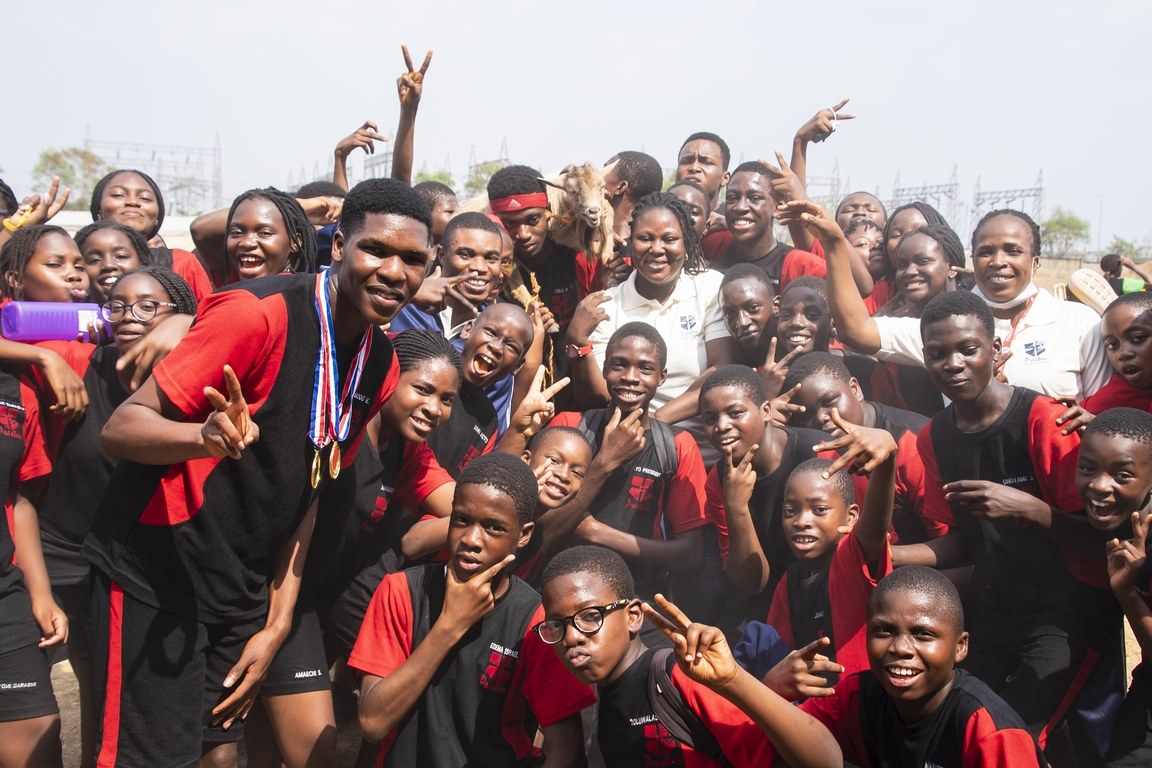 Our sincere appreciation goes to all the staff members in the various committees who all worked very hard to make the occasion a very successful one. We also appreciate Prestonian parents for a massive turnout to support the children and also participate in the races. Thanks also to the PTA for catering for the parents who attended.

All in all, it was a very successful occasion. We look forward to having such again next year, God willing. Well done to all.

Check out the full pictures here.