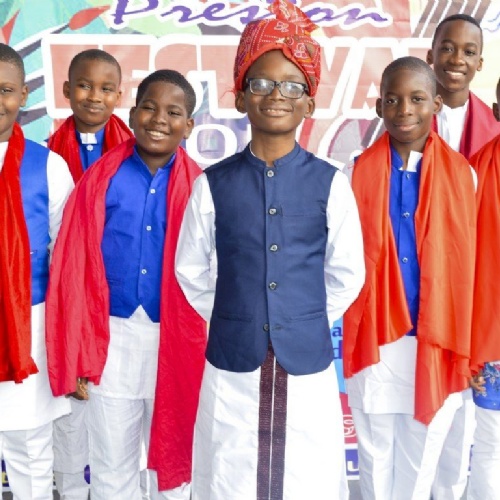 The world is blessed with lots of diverse cultures, from Asia to Europe, then to Africa and America. Preston International School went beyond the boundaries of Nigeria to identify with cultures around the world in an event which took a massive twist from its usual form. Four countries from around the world were picked by the school to be celebrated this year in the event tagged “FESTIVAL OF COLOURS” on Saturday, 9th of November, 2019 which is our representation of the International Cultural Day. 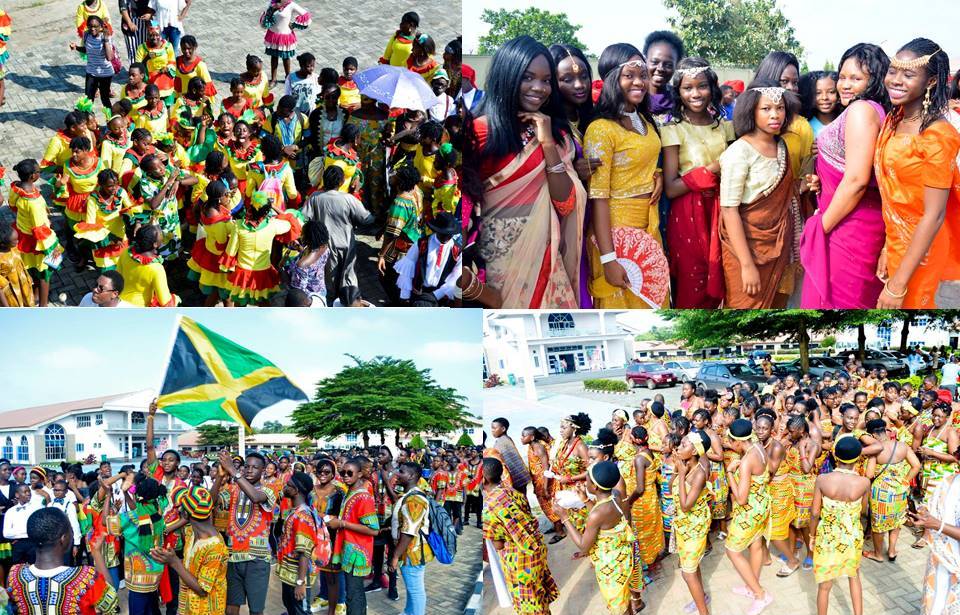 Ghana, Terra house starred Jamaica while Tornado house featured Brazil. Like its name, it was a festival of colours; bringing to light the immense rich cultural heritage of indigenous international regions outside our borders. The four houses competed over range aspects to test their knowledge and familiarity with those beautiful cultures.

The day began with a parade around the school where all houses gorgeously paraded the exquisite colours of the selected countries.

The first competition was the Traditional dance competition that revealed the nativity of individual cultures where Terra house dazzled with 164.5 points followed closely by Aqua house with 157 points and almost tied with Tornado house at 155 points then Shekinah house with 152 points.

A speech competition followed the preceding event to enlighten the audience with the numerous cultural facts of the various countries – Judging the presenters on content, voicing, accuracy of facts, appropriateness and stage management. Terra house did a better job here, leading with 135 points, closely followed by Tornado with 134 points; Shekinah came up the ranks with 132 points and finally Aqua with 123 points.

An intermission was observed with a very colourful fashion parade highlighting the magnificent fabrics and attire of the India, Brazil, Ghana and Jamaica. 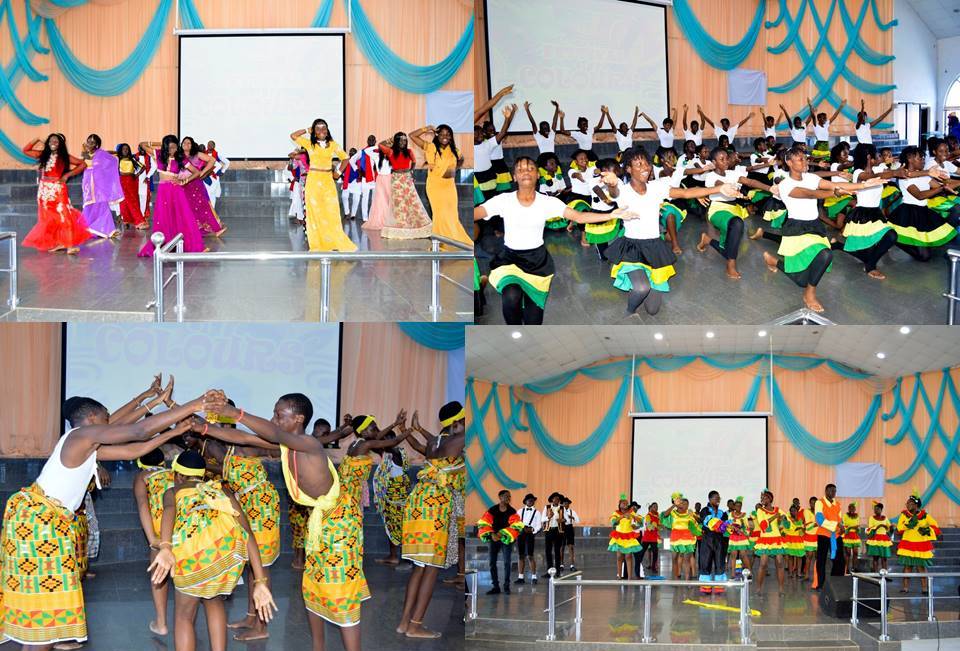 The next session resumed with a drama competition that translated words to pictures for all. India for example showcased marriage in their culture, Brazil revealed the fight for freedom from the Portuguese, Jamaica brought to light Bob Marley’s (a country icon and musician) rise from grass to grace while Ghana promoted disadvantage of sex before marriage as promoted by the culture. Aqua house led this session with 150 points, then Tornado with 129 points, Shekinah came 3rd with 125 points and Terra cemented the 4th position with 103 points.

The last but not the least competitive show for the day was the contemporary dance that saw Aqua house advance with 157 points, then Terra with 148 points, Tornado house came next with 127 points and Shekinah ending that session with 125 points.

To wrap up the event, each country presented tantalizing cuisines of the various countries. In one word, Spectacular!

At the end of the much enjoyed bi-annual event, Aqua house(India) came 1st with 587 points, Terra house(Jamaica) followed with 550.5 points, Tornado(Brazil) and Shekinah(Ghana) house finished in 3rd and 4th places respectively with 545 and 534 points.

It is always a scenic view to enjoy the diverse cultural heritage around the world – and at Preston, we have made it possible.

Indeed, We Are Able!